Vitamin B function or vitamin B complex, a class of water-soluble vitamins that play an important role in cell metabolism. Although these vitamins can be shared under the same name, they are chemically distinct compounds that are often found in the same foods. In general, eight dietary supplements are referred to as vitamin B complex.

Individual B vitamin supplements are specified by the specific number or name of each vitamin: B1 = thiamine, B2 = riboflavin, B3 = niacin, etc. More well known by name than some numbers: niacin, pantothenic acid, biotin, and folic acid.
Each B vitamin is essentially a cofactor (usually a coenzyme) for metabolic processes or a pre-requisite for its formation.

How was Vitamin “B” Function discovered? 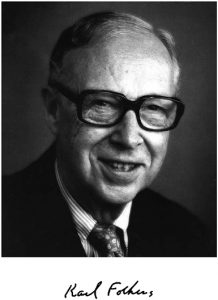 Why does the body need vitamin ‘B’?

We are all more or less familiar with Beriberi. And I also know that the disease is caused by the lack of vitamin B. However, there are several types of vitamin B function and many of them do not know that they are responsible for different diseases in the right way. Similarly, many people are not aware of the occurrence of vitamin-B-12 deficiency. But it is a very common physical problem.
Vitamin B-12 deficiency can occur in people of any age and gender. Studies have shown that this problem is more common in women aged 40-60 years. In many cases, vegetarians also have a deficiency of vitamin-B-12. An adult needs 2.4 micrograms of vitamin B-12 per day.

All the diseases occur due to a lack of vitamin ‘B’ Function.

Diseases caused by lack of vitamin B1 or ‘Thiamine’

Diseases caused by lack of vitamin B2 or ‘Riboflavin’

Diseases caused by lack of vitamin B3 or ‘Niacin’

Diseases caused by lack of vitamin B5 or ‘Pantothenic Acid’

Diseases due to lack of vitamin B6

• Getting sick often from an infection.
• Catch cracks in the skin of the corners of the face.
• Swelling or soreness of the tongue.
• Suffering from depression.
• Infection with paresthesias causes a kind of numbness in the hands and feet.
• Feeling frustrated at work, feeling a lot of tension in general trouble, and getting a little annoyed.
• The skin becomes oily, sometimes reddish in color, with rashes on various parts of the body, especially the face.

Diseases caused by lack of vitamin B6 or ‘Biotin’

• Premature hair loss.
• Red rash on the eyes, mouth, nose, and sometimes around the genitals.
• Dryness of the inside of the eye.
• Often cracks appear in the corners of the mouth.
• Loss of appetite and loss of appetite.
• Changing the color of the tongue, especially magenta.
• Falling into laziness, fatigue, and exhaustion.
• Suffering from lack of sleep or insomnia.
• Feeling numbness and tingling in the hands and feet.

Diseases due to lack of vitamin B9 or ‘Folate’

• Mild or severe fatigue.
• Swelling of the tongue, sometimes a slight sore inside the mouth.
• Hair becomes colorless or gray.
• Physical weakness, especially after hard work.
• Pale skin.
• Shortness of breath.
• The skin in different parts of the body becomes pale.
• The mood became irritable.

Diseases caused by lack of vitamin B12

He learned about all the diseases that occur due to lack of vitamin B. All of these together are called vitamin B complex. Now your job is to get vitamin B complex in 10 foods, eat them regularly, and try to keep yourself naturally healthy all the time.

10 foods with vitamin B complex

Beef liver and other meats 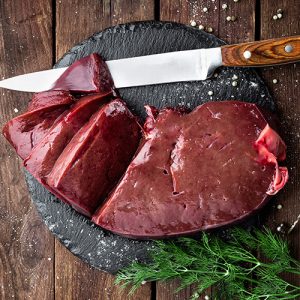 Cattle liver is one of the major sources of vitamin B. It contains almost all B vitamins from Vitamin B1 to B12. In fact, an 8-gram cow’s liver contains on average one day’s supply of vitamins B6, B9, and B12.
We know that Vitamin B9 helps to cure all types of birth defects. Vitamin B6 produces a lot of serotonin in the body which keeps us in the right mood and makes us sleep better. As a result, we can sleep with satisfaction. And Vitamin B12 helps in the formation of white blood cells in our body. And all these vitamins are found together in the liver of cattle.
In addition, the liver of a cow is able to meet the daily requirement of 169% riboflavin of an adult male and 212% of the daily requirement of riboflavin of an adult female.

Every 100 grams of cow’s liver contains-

Chicken is available all year round in our country and chicken is a great source of the vitamin B complex. Even chicken has a lot of protein and minerals which are enough to supply the human body with the necessary nutrients.
Cooked or roasted chicken is rich in Vitamin B3 or Niacin, Vitamin B5 or Pantothenic Acid, and Vitamin B6 or Pyridoxine. And we know that these B vitamins are essential for the body’s metabolism process.
Every 4 ounce of chicken contains 72% niacin, 10.6% pantothenic acid, and 32% pyridoxine, which is enough to meet a person’s daily requirement of vitamin B.

Chickens are also rich in niacin and pyridoxine. White meat, such as chicken breasts, produces 2 more vitamins than dark meat.

For every 100 grams of ordinary chicken – 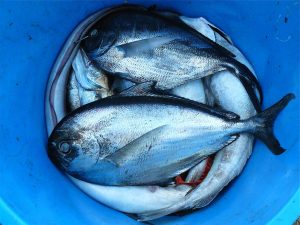 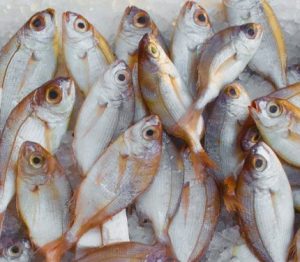 In addition, salmon is a low-mercury fish that is rich in omega-3 fats. Even salmon has a lot of protein and selenium.

1 thought on “Vitamin “B” Function and Diseases cause”